The Edmonton Light & Power Substation No.100 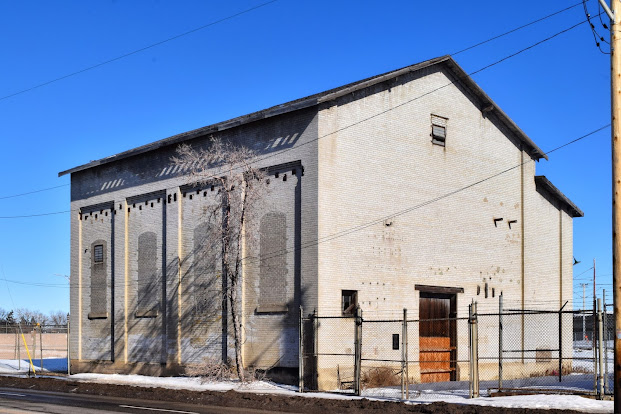 On Friday, October 30th, 1908, Edmonton transformed. Its new status symbol, a streetcar network, the first west of Winnipeg and east of Vancouver, was trialled. The wide, dual doors of the Syndicate Avenue Streetcar Barns were opened as Car No.2, the Edmonton Radial Railway’s new tram, clattered out and headed south at 10:00 p.m. sharp. The test proved an immediate success. Despite a blown fuse, public reception to the system was incredible — Edmontonians had mobbed the car for the chance of being the first to ride. Within a week the new street railway was in full service.
By 1912 the tramway had spread out to every corner of the city. Whether you lived in Norwood, Westmount, Strathcona, or Bonnie Doon, streetcar service was nearby. The Railway boasted some forty-six electric-powered passenger cars along with seven work cars, and showed no signs of slowing down its expansion. But with that growth came problems. Electrical troubles plagued the network. Incidents like a generator breaking down twice in one week were common and tarnished the E.R.R.’s reputation. They needed a solution, and soon got one — the Railway was moving. Its original home on Syndicate Avenue was to be abandoned for a new purpose built facility on John Street — today’s 80th. It was no better a time to try and solve their constant issues. In early 1913, as part of the overall grounds for the Cromdale Streetcar Barns, a new powerhouse would be built. Yet, the E.R.R. weren’t the ones to build it.
Previously, the E.R.R. had been responsible for their own power needs. It was clear to City Council, however, that they would be better served by the municipally-run Edmonton Light & Power Company. On May 1st, 1913, they voted to transfer the obligation. The decision was primarily for the benefit to the E.R.R. who had been strapped financially during the year thanks to an order of thirty-five cars and the new barn. Superintendent Woodroofe described the handover as an “economical method of operating.”
With the big move to Cromdale, the E.L.&P. Co. took the opportunity to plan for the future and try and solve the Railway’s ever precarious power problem. “Plans were at once prepared and construction commenced on a permanent brick substation of modern type, situated on John Street, adjoining the new car barns. A transmission voltage of 6,600 volts was determined to be the most economical, and was, therefore, adopted — two 1,000 K.V.A. three phase, step-down transformers [are] being installed in the substation,” read the company’s annual report. Another generator went online the following January. Self-cooled, the transformers were supplied from the Packard Electrical Company of St. Catherine’s at a cost of $9,520 per unit. In total, equipment prices alone for the new substation cost the City some $56,000.
The small grey substation opened for service in November 1913 and effectively ended the tramway’s electric struggles. For thirty-eight years the tiny building gave power to Edmonton’s fleet of streetcars, guiding them through two world wars and a great depression. Eventually — because of the introduction of trolleybuses in September 1939 — street railway service was phased out while the system transitioned from “rails-to-tubber.” Substation No.100’s last day of regular streetcar service was on September 1st, 1951. It powered Car No.1 on a ceremonial tour around the city.
Currently the old plant sits unused and largely abandoned. Its roof is failing, its entrances and windows covered with rotting wood. As one of the few tangible links to both Edmonton’s streetcar and industrial heritage, it would be a shame to see it go.
Sources:
80 Street Architect - Allan Merrick Jeffers Classicalism Industrial

Popular posts from this blog 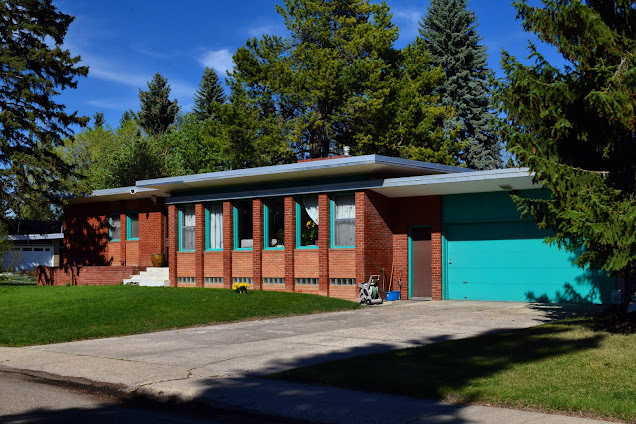 Located at 8915 140th Street, the Yuen Residence is a magnificent Modernist home and is fittingly situated in one of Edmonton’s premier mid-century neighbourhoods, Parkview. Constructed in 1959, the home was purpose-built for its original owner, Lee Kow Yuen, one of Edmonton’s most prominent Chinese-Canadian citizens.
Yuen was born in 1912 in Canton, China, but immigrated to Canada when he was eight years old. For a time he lived in Calgary, yet in 1928 he decided to move east. The change in scenery was prompted by his enrolment and acceptance into the University of Toronto’s Faculty of Arts. Lee had always harboured an artistic disposition and pursued that passion vigorously at the U of T. While there he studied the works of Group of Seven painter Arther Lismer; his beautiful compositions must have left an impression, for he quickly transferred to the Ontario College of Art and received instruction from Lismer’s fellow Group members, Fredrick Varley, James E.H. MacDonald, Frank Johnst…
Read more 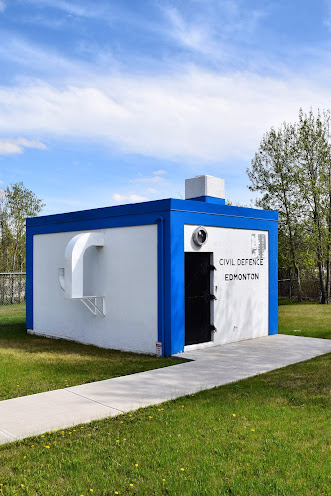 Address: West side of 142nd Street, immediately north of the Mackenzie Ravine Architects: City Architects Department Constructed: 1953
At 7:57 a.m. the yellow warning sounded — “Lemon Juice.” Soviet bombers appeared to have crossed the Arctic Circle. Scrambling to their positions, the men and women of Edmonton Civil Defence monitored both the enemy’s movements and radio traffic from Ottawa. A monotone beep overtook the airwaves. “This is C.K.U.A. radio. The Department of National Defence has issued the following message: ‘This is an attack warning.’” The deafening blare of air raid sirens droned across the city. The R.C.M.P. established barricades on all roads leading, intent on controlling essential traffic. When 10:27 a.m. struck, so did the red warning — “Applejack.” Edmonton was in imminent danger. In the moments following, a single shimmer seen over the horizon grew ever larger. At 10:40 the chromed communist plane, far out of reach of any interceptor, approached its target. Its bom…
Read more 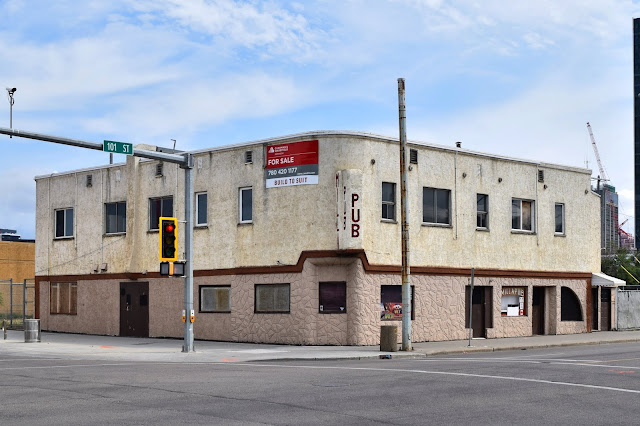 Address: 10593 101st Street Architects: Unknown Constructed: 1943
The Milla Pub. It’s a name most Edmontonians know. A humble Streamline Moderne building, it’s now abandoned, biding its days until its demolition and redevelopment comes along. Southwestern McCauley isn't the best of neighbourhoods — the Milla helped establish that reputation. Shootings, stabbings, drugs, homelessness, gang violence, the Milla privy to all of it. Most would like to see the building burned, removing a blight that’s long plagued an already stigmatized area. Yet, maybe there’s a case for the Milla to be saved.
The story of the Milla began in 1947. Back then it was known as Jimmy’s, a twenty-four hour “dine-and-dance establishment” run by father and son duo George and Jimmy Anton. George built the building back in 1943 on land he had long owned, operating it as a confectionary while his son served overseas — when the younger Anton returned he realized its potential. It was the post-war age. Big Band was at …
Read more